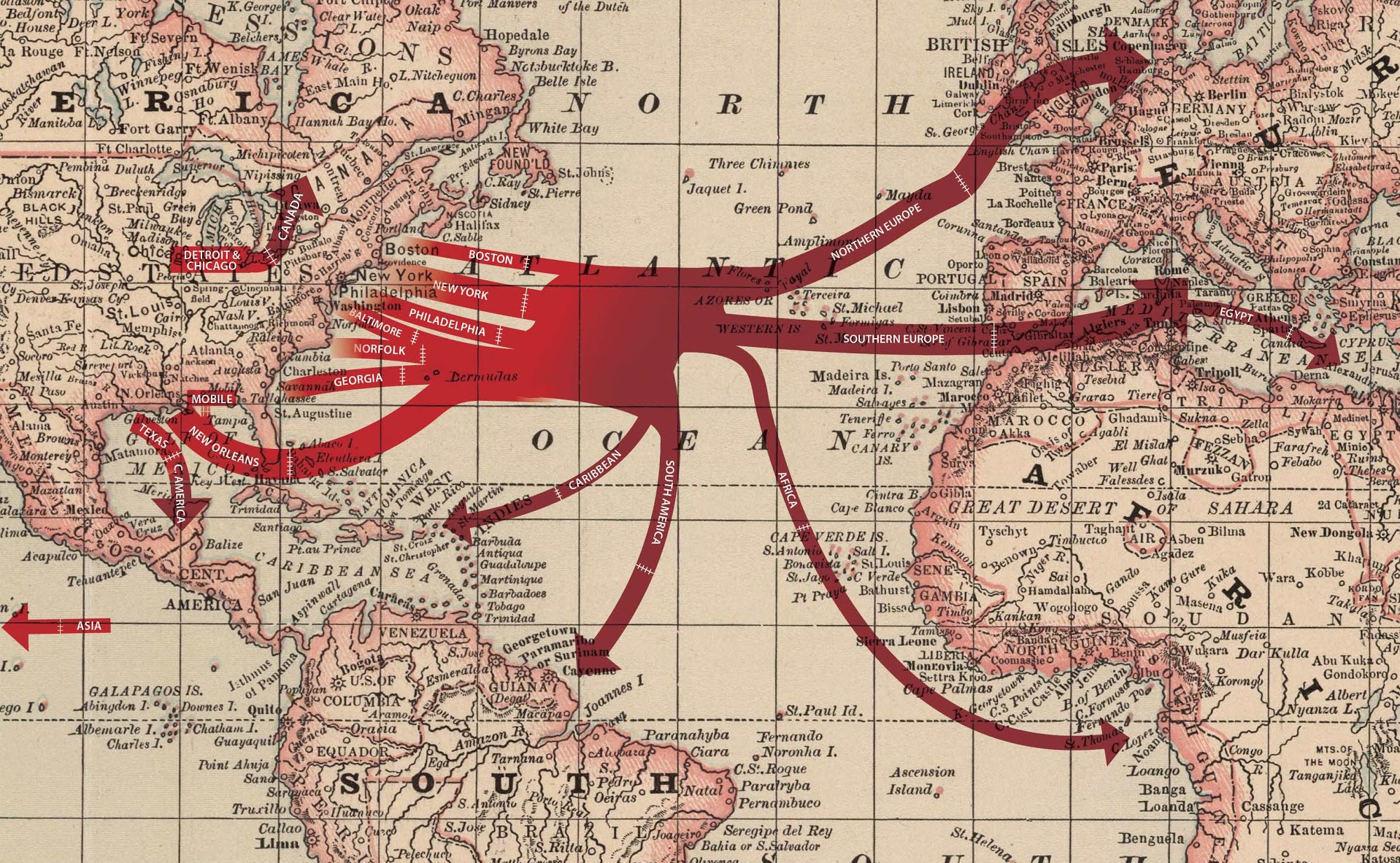 These maps show the export flow of cottonseed oil from U.S. ports to the world from 1880 to 1900. Overall, the trade grew from two export cities in 1880 (New York and New Orleans) to nine in 1900 and from six global regional destinations to nine. That was an increase from 8 million to over 260 million pounds. The largest export stream went to Southern Europe across all twenty years (principally Italy and southern France). By 1900, northern European nations (The Netherlands, Belgium, and the UK) played a bigger part in the trade. Note that trade records show the British holding of Gibraltar in 1880 and 1890, but then directly to the UK in 1900.

The width of the arrows represents the quantity of oil from tens of thousands to hundreds of millions of pounds. Because the specific locations (export locations) from trade records were too numerous to include with individual arrows, the maps show regional flows rather than specific national ones. Also note that inconsistency in record keeping leads to inconsistent labels for the export locations. Thus, some are continents, some are regions, and some are nations. We have sought to provide as much consistency as possible across the range of maps.